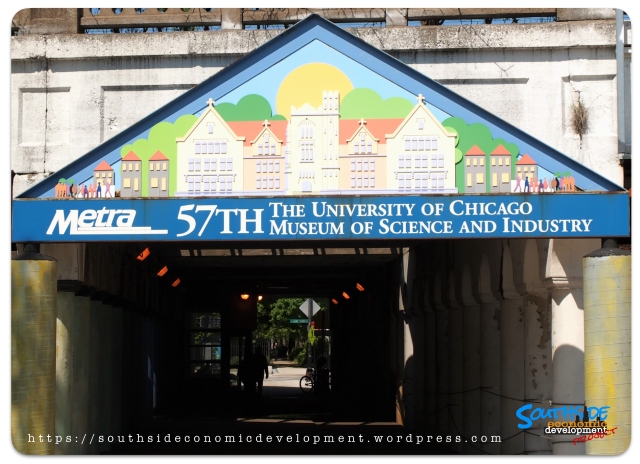 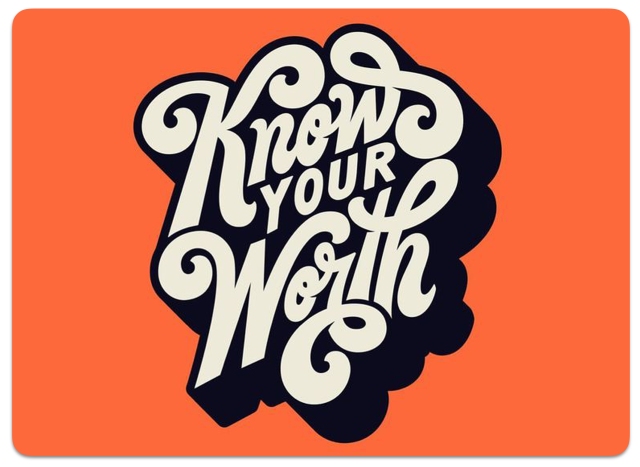 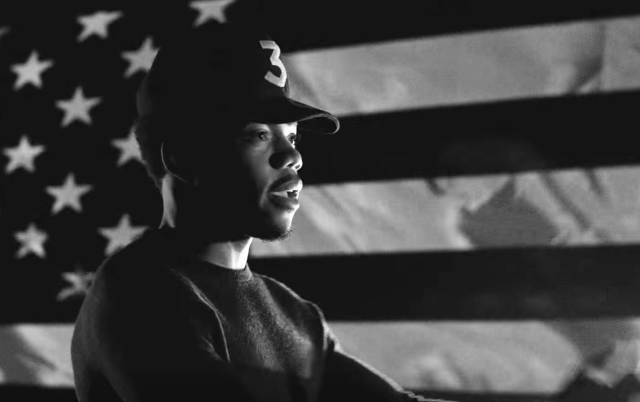 Recently, Chance (real name Chancellor Bennett) showed up unannounced to Chicago’s City Hall for a city council meeting, arguing that the assembled aldermen should vote against Mayor Rahm Emanuel’s proposal for a new $95 million police academy. Chance said the city government should instead invest such funds in Chicago Public Schools.

“My name is Chance the Rapper. I’m here representing the city of Chicago: The students, principals, parents, and teachers of Chicago,” Chance began. “I think you guys are familiar with the work that I’ve been doing. We’re doing a lot of work with Orr Academy, which is just down the street from where this proposed police academy is gonna be at. This school, with just $100,000 in 3 years, is about to make some transformative changes. It’d be awesome, though, if we could get pools at their school, or a new library, or a museum, or any of the things that are proposed in the budget for this $95 million cop academy … There are a lot of different services that need to be funded. Obviously schooling is my big thing, but there are a lot of ways to transform the city without policing.” 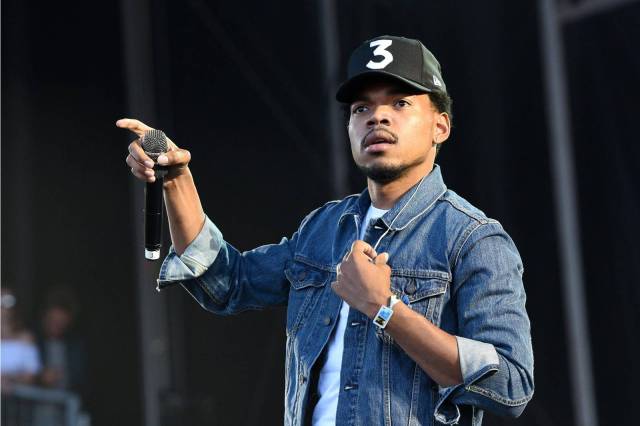 This is not the first time Chance has publicly advocated on behalf of CPS. Back in March, Chance even met with Illinois Gov. Bruce Rauner amid a high-stakes budget negotiation to convince him not to withhold funding from Chicago’s schools. When that didn’t work, he personally donated $1 million to CPS, and called for others to follow suit. The difficulty of that struggle influenced his stance on the proposed training facility, as he made clear on Wednesday.

“What are we doing? I’ve been asking for money for over a year now to fund these classrooms,” Chance told the aldermen. “But on the Fourth of July weekend, they announced they’re proposing a $95 million cop academy. What is y’all doing? It doesn’t make sense, and I’m very confused. You guys have a lot of power here, and that’s the reason why I showed up at 8 am. I feel like, maybe if you guys hear me say it…” 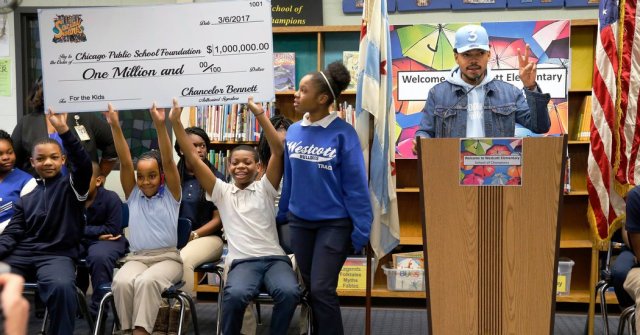 Chance is not the only person making this argument. Students, teachers, community organizers, and activists from around Chicago have banded together under the hashtag #NoCopAcademy to protest the proposed facility, and instead argue for community investment. CPS teacher Dave Stieber recently expressed the protestors’ frustration for the Huffington Post, writing, “Every year our students watch as librarians, counselors, social workers, support staff, security, and teachers are cut … Yet through all of this, Chicago always finds money for policing.”

When Chance showed up to City Hall on Wednesday, he was joining a crowd of protestors who had already gathered. Unfortunately, their efforts did not make much of a difference, at least on Wednesday’s vote. The city council overwhelmingly voted to acquire land for the proposed academy, with only Alderman Carlos Rosa voting against.

“A set back for now, but there’s a grassroots army rising up to break every chain, end racist policing, and put working and poor Chicagoans of all backgrounds first,” Rosa tweeted after the vote. “There will be other votes and this is just the beginning.” 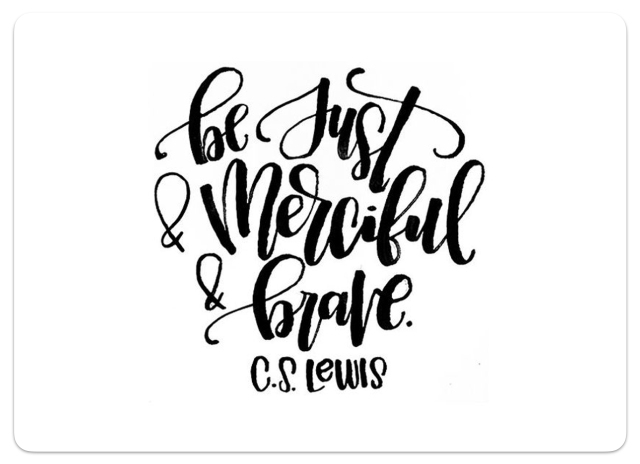 In this dire time where human rights are jeopardized & lives seem not 2 matter, I find it appropriate 2 reintroduce a period where people actually fought for what they believed in. The Black Panther Party’s bold approach to gun rights & police brutality has absolute relevance 50 years later! Have things actually chanced since then? Depends on who you ask. 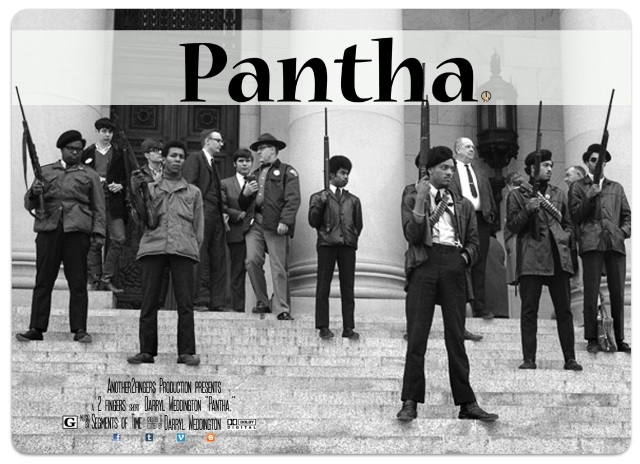 -Denzil Dowell is shot and killed by sheriff’s deputies on April 1. Black Panthers respond in protecting the Dowell family.

-First newspaper is published on April 25 with headlines “Why was Dennzil Dowell Killed?”

– 30 armed Black Panther Activist go to California State Capitol, on May 2 to protest the Mulford Act which was a bill banning the display of loaded weapons.

Pantha. from The Weddington Adventures. on Vimeo.

1968– On February 8, Black Panther activists in south carolina at South Carolina State were shot by local police and National Guard 33 were shot, 3 were killed.
– On February 17, “Free Huey” rally was held at the Oakland Auditorium on his birthday. Over 5,000 people attended.

-On May 6, Bobby Hutton is killed during a shoot out with the police.
-In March Arthur Morris, was shot and killed by the U.S. government. He was the first member of the Black Panther Party to be killed. 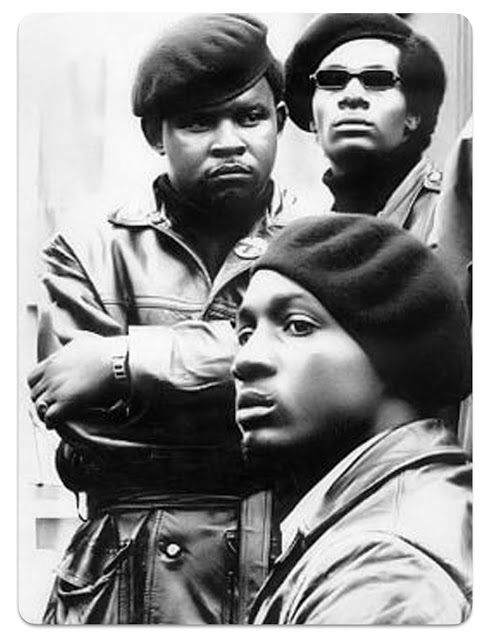 – 6,000 protestors came out and supported Huey Newton on the steps of the Alameda County Courthouse in Oakland.
-On September 28 Huey P. Newton is sentenced to 2 to 15 years in prison

– In Newark the BPP office was bombed on December 7
– On December 21, Denver police raid Panther office searching for weapons, but none is found. Officers burn food and clothing were to be given to poor during the holidays.

1969 -In January the Free Breakfast for Children Program (FBCP) is established at St. Augustine’s Church in Oakland.

– In Vallejo, CA, Black Panther Party starts off the Breakfast program with 35 children within one week the number of children increases to 110

– On May 4, the “Free Huey” rallies were being held in 20 major cities at U.S. federal district courts.

-On June 4 the Liberation School, one of the BPP survival programs is started

-Bobby Seale is kidnapped after leaving the Masai Hewitt and Shirley Neely wedding.

-In Chicago BPP open a free medical health clinic. Another one of the major survival program on September 4.

From my experience in this life history has the tendency 2 repeat itself while learning from previous mistakes & making necessary adjustments.

So where do we go from here?…anyone? 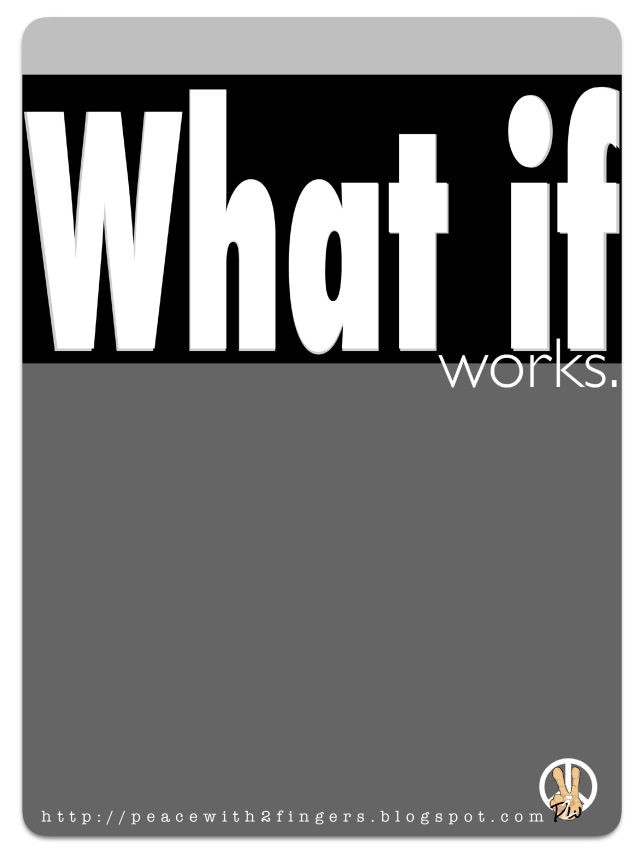 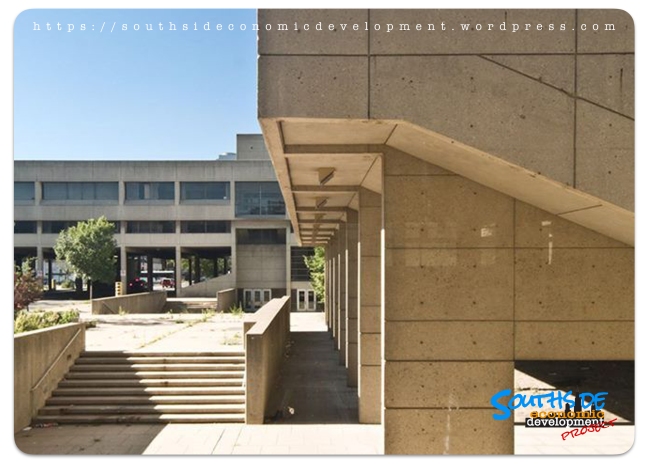 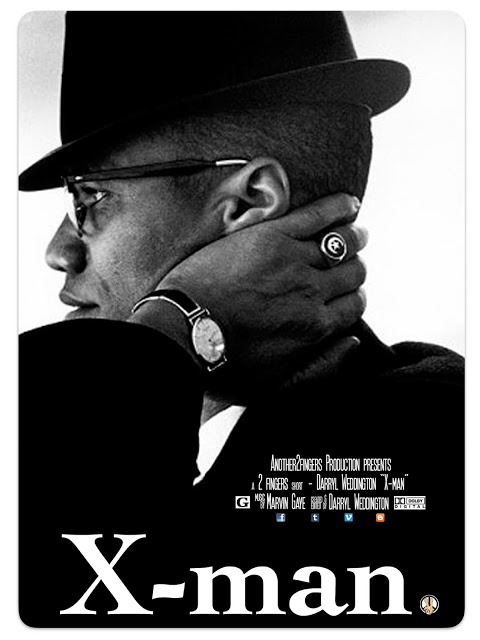 Growing up in the inner city of Chicago with gangs,
violence & hopelessness, there wasn’t much 2 look
up 2 on the positive spectrum.

Options were extremely limited while diligently
searching for something truly impactful until one day
getting my hands on a small paperback
Autobiography of Malcolm X by Alex Haley
at a local thrift store…. 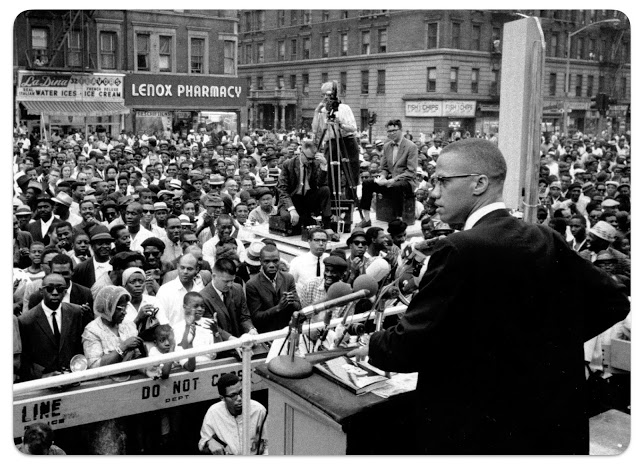 This is when things began 2 open up with the ambition 2 read about history, culture & identity. Amazed at how such a book about a young man with a troubled past while facing the odds during the 1960’s could make a massive impact.

One thing that stood out about Malcolm was his motivation 2 teach self while incarcerated making him one of our prolific thinkers of that time.

X-man. from The Weddington Adventures. on Vimeo.

If he could achieve such a task,
then what’s my excuse?

From that point, life drastically changed knowing despite
the condition in which lived, perseverance
with a bold fearless approach would
pay off 2 be so much more. 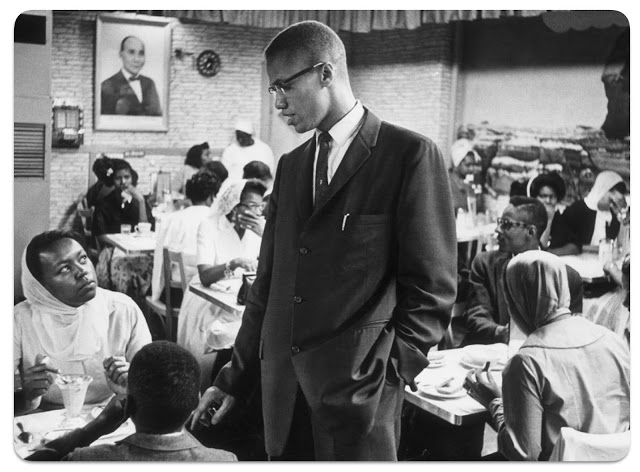 Knowing this, it become my duty
& responsibility 2 ensure that his life is remembered with a greater appreciation.

Hmmph…I wonder how would things be today
if someone like him ever existed for he wasn’t
just any ordinary man….he was..
X-man. 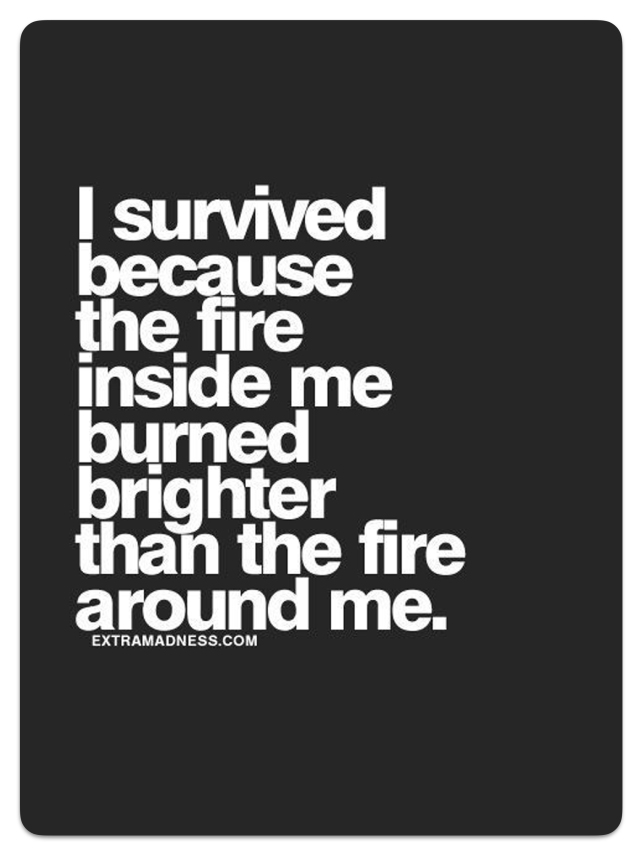